5 Tips for Building a Sales Team that Consistently Closes Deals 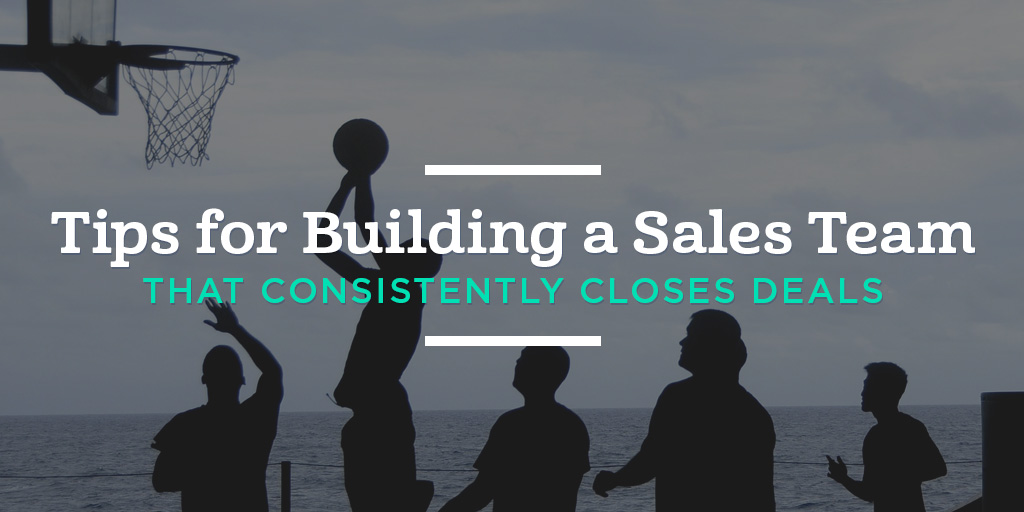 Imagine where your business would be if your sales team had a track record of consistently closing deals. Instead of just hitting the six-figure mark each year, you might be doubling and tripling your revenue by the time the third quarter rolls around.

If you’re like most business owners, you probably think the chances of this situation happening are as probable as winning the lottery.

But the truth is, this goal is attainable. Any business can reach this point of comfort and success as long as they have two things:

My guess is that you already have the first one covered, but you’re struggling with getting that second one right.

Sure, you can sell your product like it’s nobody’s business, but if you’re the only one doing so, or you’re working with a small team, there’s only so far you can go. After all, without sales, you won’t have any revenue. And without consistent revenue, you won’t have any sort of growth.

But let’s not kid ourselves here. Creating a sales team that consistently closes deals is no easy feat. You’re never guaranteed that someone will live up to their stellar resume, or get the gist of what your brand is about.

Plus, if you spend time and energy on one person and they don’t work out, you’re left with a hit to both your time and your wallet, and that’s something most of us can’t afford.

On the flipside, if you knew exactly what you needed to focus on to develop top salespeople, you’d have the sales team of your dreams.

So this is the part I want to focus on today: building your sales team to be a deal-closing machine.

Tip #1: Coachability is an Essential Trait

The saying, “You’re only as good as your weakest link” couldn’t be more perfect here.

If you have top performers constantly exceeding quotas while others only close a deal every so often, your entire team’s numbers are going to be negatively affected, whether you realize it or not.

Unfortunately, I see far too many businesses keeping the weakest link around without changing anything. They either hope that the employee will eventually quit, or they’ll fire them when something really bad happens that they’re to blame for.

This is a terrible route to take.

Instead, you need to figure out if your weakest link is coachable before you get to this point of giving up.

To do this, pay attention to your employee to see how they stack up in these four key areas, as mentioned by DecisionWise:

If the answers to any one these questions are unfavorable, this is the first area to tackle in order to improve performance of the team.

If you find that this person can’t overcome one of these four areas, they may not be as coachable as you thought. Unfortunately, you may need to let them go or run the risk of them sabotaging your team’s forward progress.

A lack of consistent sales, or even sales in general, is not only your employees’ fault. Sometimes you’re the problem, especially if you’re assuming more of a boss role instead of a leader.

On the other hand, a leader is more likely to teach, listen, and level the playing field by getting their hands just as dirty, so to speak.

Leaders also offer constructive criticism one-on-one and never shout out someone’s mistakes in front of a crowd or another employee.

So if you’re falling into the boss category instead of the leader one, you’ll need to start working on yourself first before you can ever stand at the helm of a team that consistently closes. 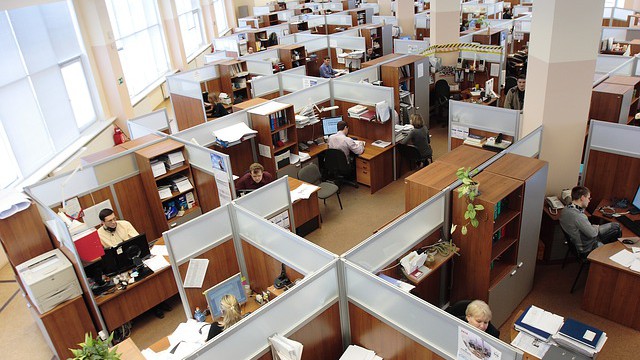 Tip #3: Create Systems for Everything

In order to improve your sales team, you’ll need to have concrete systems in place.

This can be anything from having a phone script that hits all of the main selling points of your cold call to having your entire sales process spelled out on paper (or in print digitally).

When you create these systems, your employees can always refer back to them should they get stuck at any point when you’re not around.

When you need to add another employee to your team, you can teach them the exact system fairly quickly since you’ve already laid out the process.

Anytime you have a specific process for how you handle things—and especially for those times when you don’t have a process in place—create a system (think: step-by-step guide) that clearly outlines how to get through each situation.

Let your employees know that this is where they should start and if they’re still having trouble, then they should ask you for help.

Keep in mind, you shouldn’t let your systems become outdated. If something isn’t working, it needs to be updated immediately or the problem will only get worse.

I know it may seem like a pain now to spend time creating these, but it will certainly pay off in the long run. I’d rather spend the time early on to save the headaches and lost revenue later down the line, and I’m sure you would agree.

If you’re not already doing so, you need to constantly track each employee’s performance.

Now, this doesn’t mean you have to stand over their shoulder and micromanage (hello, boss status). Rather, give your employees realistic and attainable goals and help them achieve them. 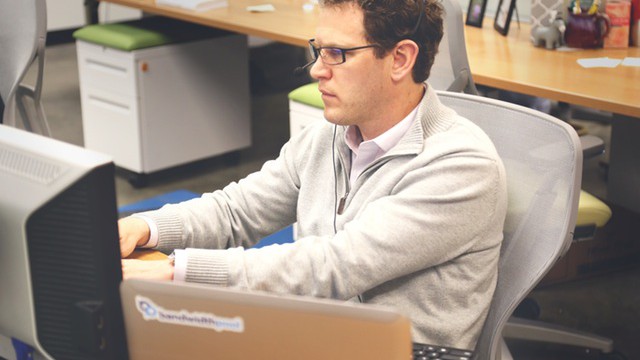 If they don’t hit their targets, sit down with them one-on-one to uncover where they’re getting stuck. Help and coach them through their roadblock. Role playing can be a great practice here if you’re finding that your employee needs more help understanding the issue.

After some time has passed, revisit with them to see how they’re doing with this obstacle and if things have changed.

You can throw as much money as you want at your employees, but you may only see an increase in results for a short period of time—if you even see that.

Instead, the best way to motivate your employees is to help them make progress, even if we’re only talking small baby steps.

According to that same research, “A sense of progress is crucial to actually staying engaged,” and, “making progress in one’s work—even incremental progress—is more frequently associated with positive emotions and high motivation.”

Think about it: How amazing does it feel to get one step closer to your goal?

This simple act gives you enough positive momentum to power through and actually achieve your goal, since the finish line’s in sight. This same feeling goes for your employees too.

To tackle this step, set up achievable goals and help your employees achieve them. Teach them how to make progress each day so they have this positive momentum to propel them forward. If you can do this, you’ll have a top sales team in no time.

As you keep these tips in mind, remember that this is a continual process and it should remain that way moving forward. You should constantly be tracking performance, coaching your employees on a consistent basis, and helping them make continual progress.

You should also assume the role of a leader instead of being a dictator no one respects.

It’s these small changes that are going to affect your team’s close rate in a very positive way.

Previous Understanding Your Customer’s Emotions: Why Should They Buy From You?
Next Feature Update: Proposal Overview
We donate 1% of all our gross revenue to the planet.
Copyright © 2013 - 2023 Nusii Proposal S.L.