Getting clients to behave during projects 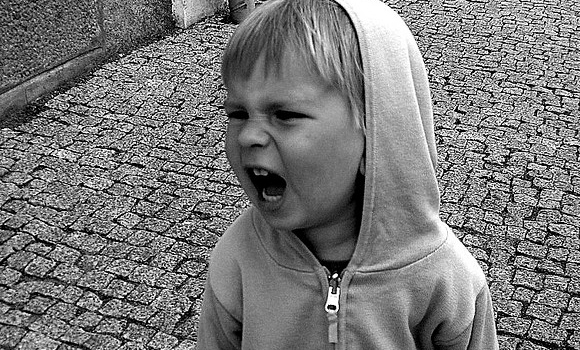 In my seven years of freelancing, I can't recall having any client that caused me a lot of headache. I've had several prospects that did, but none of my clients really caused me trouble. Most of them paid before the invoice due date (and those who didn’t paid shortly after), they were always responsive and provided things in a timely manner, and I never had to hunt them down to get them to do something.

I’m not sure if my clients thought I needed a challenge or if they just got very busy themselves, but over the last four-six months or so, I've noticed a change in my clients, my good clients at that!

As I'm writing this, I have two way overdue client invoices I’m still waiting on. The total amount of those invoices is the equivalent of about 6 weeks worth of my average income. Freshbooks tells me one is 31-60 days old; the other is over 90 days old.

Granted, this is a better situation than I was at the start of 2014, where I had a total of about three months income in outstanding invoices glaring at me every time I logged into Freshbooks. I was able to do simple follow-ups with those clients and they took care of them right away.

But what about these other two? These are projects that are still ongoing, but they are taking their sweet time getting things to me in the final stages. What’s a girl to do?

It’s difficult to tell a client to shape up. In my seven years of freelancing I've _ never_ had to get really strict or firm with a client. Matter of fact I feel like I am pretty laid back. Reviewing what went wrong and what has caused these issues has led me to three things that could have gone better and/or things that I will be changing in the future to prevent clients from wreaking havoc on my cash flow.

Ok, I admit, I'm not very good at keeping project schedules. I make them in the beginning, but often I'm too optimistic and don't account for other circumstances or other projects that may start in the mean time. Plus I find it difficult to get clients to stick to a deadline.

But we have to. We have to make our clients accountable and make them stick to a deadline. They want you to stick to certain deadlines, so they should too.

One way to do this is to make a project schedule and stick to it. A trick I've been using is making one project schedule for me, then add about a week to every date then send it to the client. I take the first schedule and I pencil in those dates (helps give me some buffer in case something destroys my schedule and gives me a chance to deliver something “early” which clients always like) then send the second to the client asking them to write their deadlines in their planner/calendar/phone/whatever so they know about them too.

Does this always work? No. Could it work? Well, it works better than having nothing there at all. It works great until someone blows a deadline, then everyone feels like they don't have to follow the deadlines anymore instead of trying to play catch up to get back on schedule.

Separating Payment Schedule from Project Milestones (for the most part)

Depending on how you invoice for ongoing projects, one way to put some pep in your client’s step is to start the project with the understanding that you will continue to invoice for the project no matter what progress has been made. What I mean by this is to take away the billing from project milestones to flat billing.

Let’s say the project is estimated and scheduled to take four months. Divide your estimated fee by four and bill your client one part for each of the next four months. That way the project is paid for in full when you estimated it would be and it doesn't cause issues with your cash flow. Make this payment schedule part of the contract so if the client doesn't pay up, you can refer to the contract and the law to straighten them out.

This often shows the client that they are paying a lot of money to you but haven’t seen a lot in return. This makes them want to hurry up and get the project done since they've already dished out all this money but haven't received anything yet.

Of course, this doesn't help in all cases (like mine), but it could very well put more money in your pocket before the client takes months longer to finish the project than you anticipated. Their laziness shouldn't fall on you and your cash flow.

Being Firm Yet Professional in Follow-ups

I've been sick frequently over the last three months (Tennessee winters with extreme temperature changes make me sick at least four times a year) so there were many times where I fell behind and couldn't follow up on behind clients like I normally do. Shame on me, and something I will indeed fix in the future.

I tend to be a little laid back when talking to clients. I want to be friendly and professional, but there comes a time where being friendly just isn't enough.

I recently broke one of my own rules and launched a website without getting final payment on a website. He wanted the site up soon and it was my fault the project was behind (because of being sick), so I launched it anyways. I've never had issues with this client and he’s been good all along. This client just happens to be one of the two invoices I mentioned at the beginning of this article (still waiting on it).

I plan to start following up more frequently with clients instead of just whenever I think about it. A good follow up time frame seems to be a weekly email or phone call, preferably on a Tuesday or Wednesday when the madness of Monday has been dealt with. Follow up frequently enough where you stay on the minds of your clients, but not so much that you start to be deemed a pest in their inbox.

Every freelancer has their own style of working with clients, but that style shouldn’t allow for clients to become lazy and not do their part. It’s always best to lay great groundwork so that clients can’t go rogue on you, but if they still do, make sure you keep you and your cash flow protected by setting good schedules, invoicing separately from project milestones, and always following up and getting answers (and results)!

Previous How branding can help your freelance business
Next Essential software for designers
We donate 1% of all our gross revenue to the planet.
Copyright © 2013 - 2023 Nusii Proposal S.L.