What to do when a client rejects your business proposal 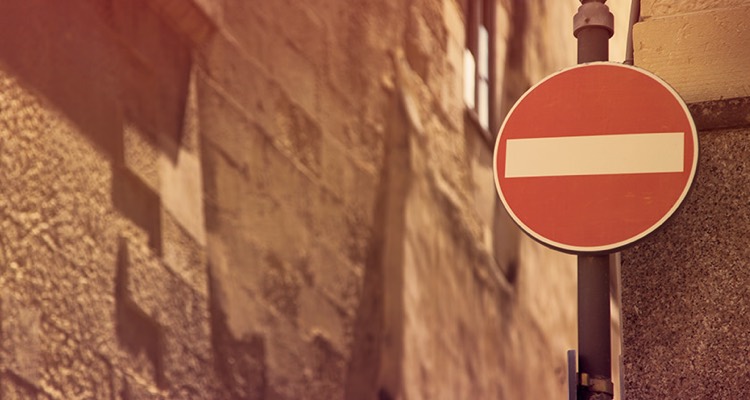 When a client rejects your business proposal it can hurt both emotionally and financially. But unfortunately rejection is part of running a business. Often we blame the client, saying they weren't a good fit. But often times it's not all on them, in fact sometimes it's on us. So let's look at what you can do the next time a client rejects your business proposal.

Asking the right questions in a client interview can make the difference between understanding a client's pain and totally screwing up a proposal. But what happens in that limbo between the two? The client wants to work with you but you've come in over budget, and they push back.

We typically assume the worse when a client says we're too expensive (of course if we'd found out their budget in our client interviews, this wouldn't be an issue). A rejected proposal can feel like the end of the line. But it doesn't have to be…at least not quite.

The first thing you should do when a proposal is rejected

You may well feel like having a little cry, but resist and do this one thing first.

You'd be amazed at how such a simple question can go such a long way. If your client has just rejected your proposal, why wouldn't you ask? You've done your homework (except in this case not asking for their budget) and you've put in the time. Now's the moment to ask "What gives?".

You may be surprised by what you hear. We often worry about being too expensive, but sometimes the opposite is true.

In an interview with Marcus Blankenship (minute 36:50) he tells us about a friend who worked in Aerospace. As you can imagine they deal with very large contracts. He went on to explain how they always throw out the cheapest bid. You know why? The answer is almost too simple… Their budgets are huge. They don't want to pay pennies.

With perceived quality comes a price. When was the last time you saw a millionaire drive a Skoda?

Back to the topic at hand… Asking why a project has been rejected won't magically get you the gig but it will help you to learn what went wrong. Knowing where you failed will help you win that next project.

Nobody likes losing business, but think of it as user testing. The information you gather on each "test" can help you make better decisions for the next. Unfortunately the feedback cycle can take a while and you will need to lose a few proposals to gather your rejection data(an expensive test), but this does mean your long-game can improve considerably.

Get feedback on your proposal, before it gets rejected!

Getting feedback can be tricky when you work alone… just ask any freelance consultant. This is unfortunate as when it comes to writing proposals we too often doubt ourselves out of the game.

This was a problem we addressed at Nusii, after all we're "freelance bootstrappers" ourselves. So we built a private community for our customers where they could drop in at any time and ask for feedback, talk about clients, and even give feedback on what we're doing.

Having someone to turn to is crucial. If you can't find help it in a private group like ours, then build your own. Put out a call on Twitter and organise a feedback group, or better still a mastermind. You won't regret it.

So you came in too low

The proposal bombed, you asked why and the slap in your face was this; "You were too cheap".

How do you feel? Pretty crappy I bet. But listen, we've all second guessed our pricing. I'm guessing the reason you came in too low was because you were scared to charge more. Remember that you're an asset, not an expense.

Remember that you're an asset, not an expense.

You came in over budget

Once again this comes back to getting the budget in your initial client interview. Sometimes going over budget can be a good thing, providing you've given a suitable alternative that comes in under budget. Essentially this is known as tiered pricing.

Tiered pricing is a way to anchor value to your higher priced plans. By experience you'll know where you can add value to a project: If you're writing a proposal for a web design project then perhaps you can offer a higher priced package that also takes care of Content Marketing, Social Media, and Maintenance. There are always ways to add value to a project, just think outside the box a little. Don't think of tiered pricing as a scammy upsell, you're genuinely adding more value, so naturally the price will increase. I've no doubt you'll be pleasantly surprised by the number of clients who don't go for the cheapest option.

OK, so you really are over budget

If you really have come in too high, and the client simply can't stretch further, then look at removing elements from the project before you consider dropping your price. A plumber would never drop his quote just because you don't have the budget.

Reduce the scope before your reduce your price. What you do has value and besides, there will be more clients… Always. Don't forget that the issue of being over priced is always remedied by knowing the client's budget beforehand.

If you've experienced rejection with your proposals and managed to swing it back into play, then tell us about it in the comments below.

Previous 10 ways to shine during your next client project
Next Should you be a freelance Jack of all trades? Niche or Generalist?
We donate 1% of all our gross revenue to the planet.
Copyright © 2013 - 2023 Nusii Proposal S.L.